This is the Pledge Manager for the Board Game Theosis and the Expansion Theosis: Godslayer. Through the Pledge Manager you may sent us your address so you can receive your copy of our game. Moreover for those who have missed the initial campaign you can still order your copy here through the LATE PLEDGE option. 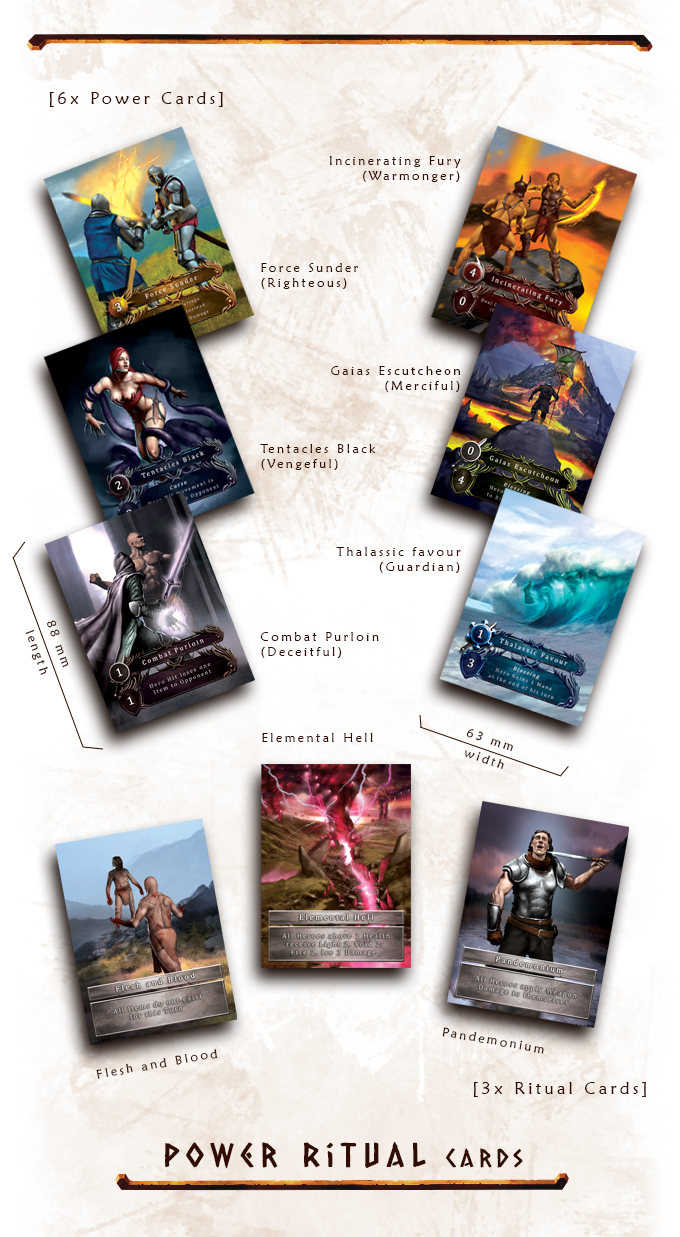 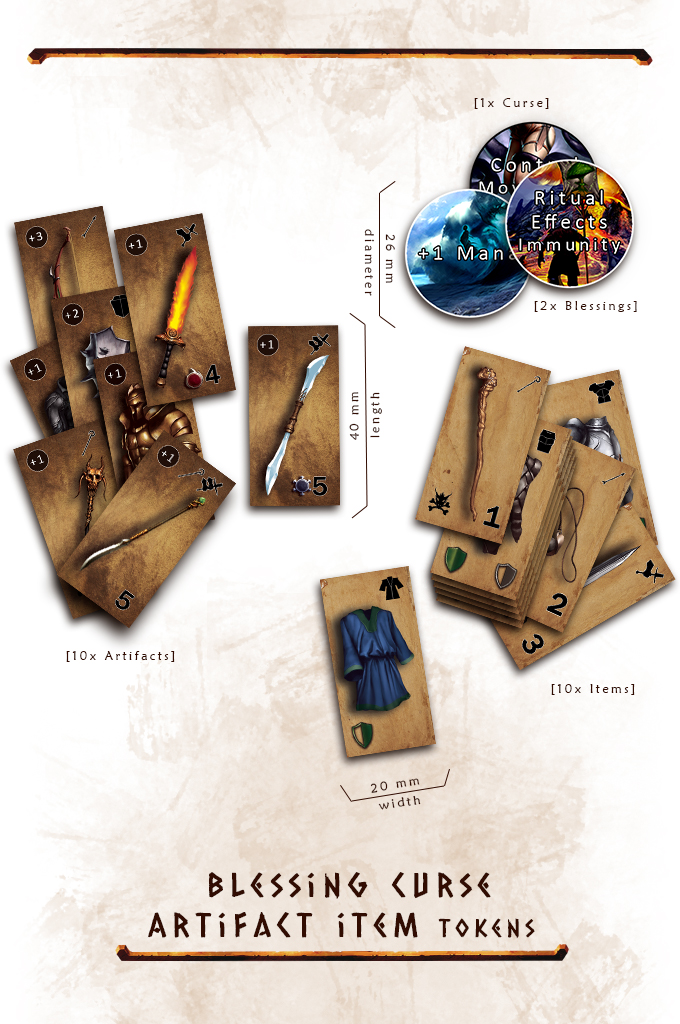 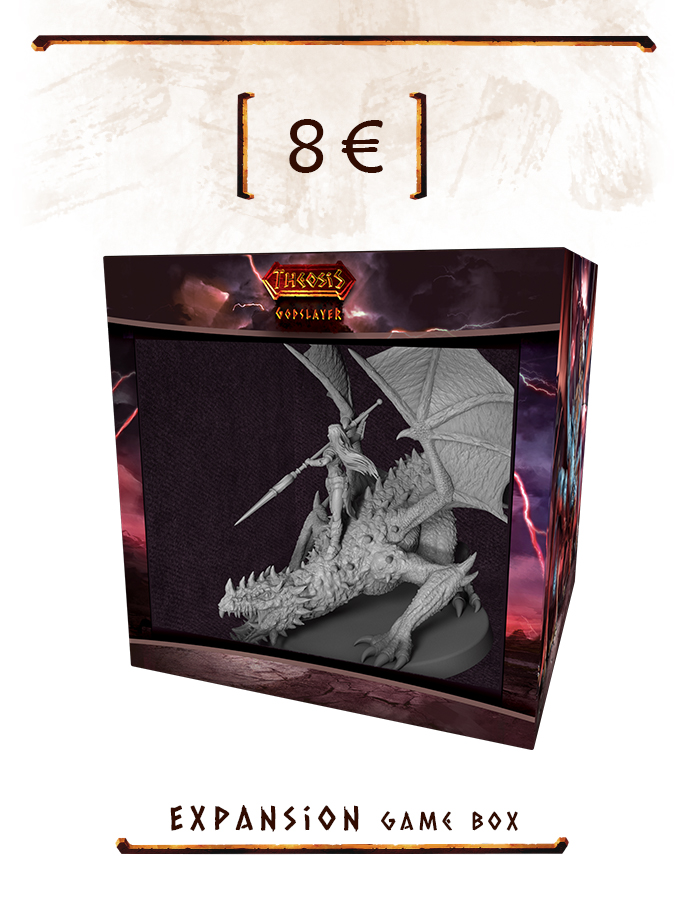 In order to keep the expansion price as low as 8 euros, the expansion box by itself will ship with just the Godslayer miniature. If a backer of the expansion also backed the core game Theosis in this OR the previous Kickstarter campaign, you will receive all expansion components (Power Cards, Ritual Cards, Weapons, Armors, Shields, Artifacts) shipped with your core box. This Pledge is influenced by previous Stretch Goals as far as and only concerning the quallity of the components. The Core Game Pledge however includes all Miniatures unlocked from Stretch Goals. 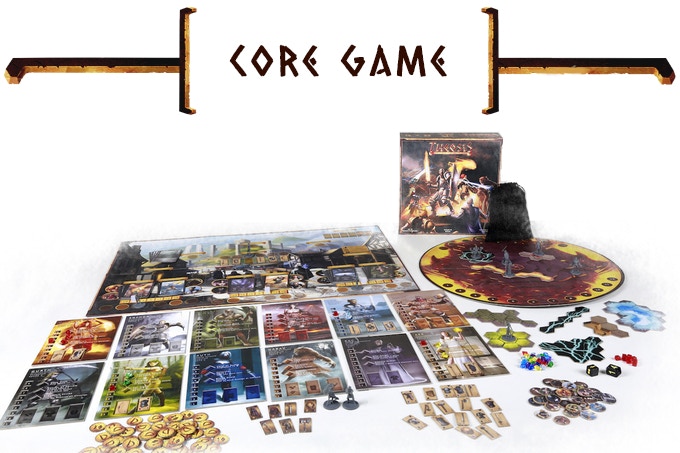 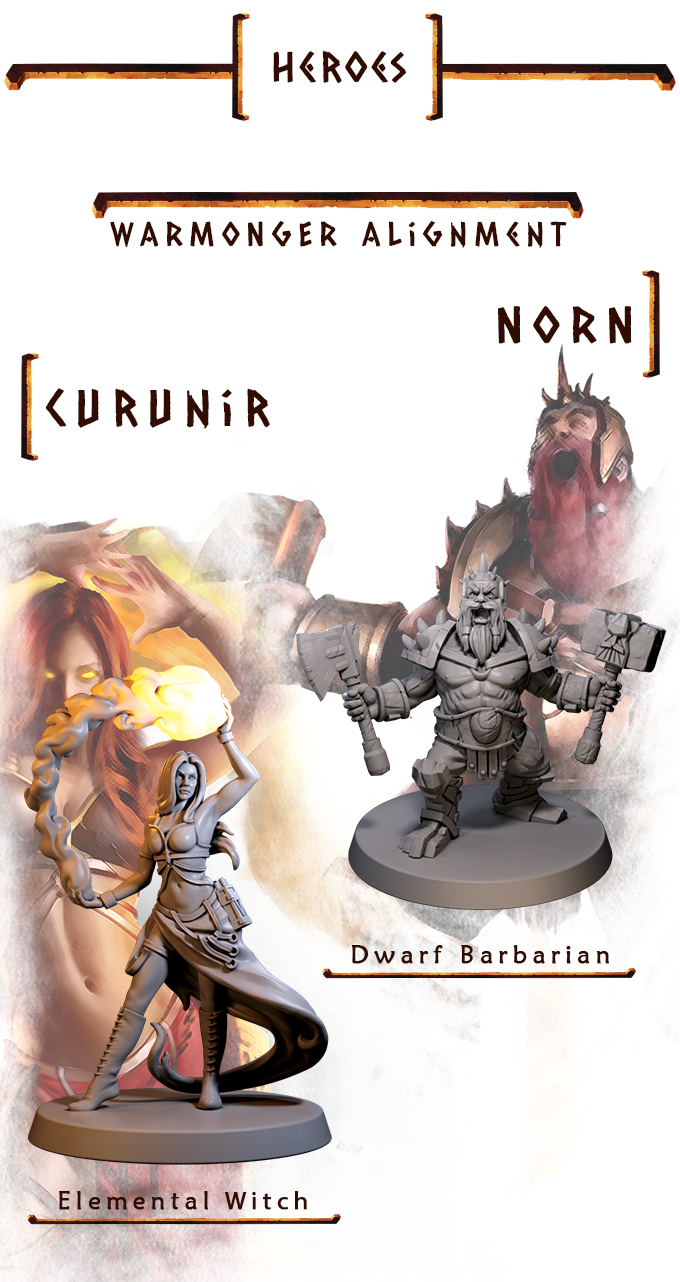 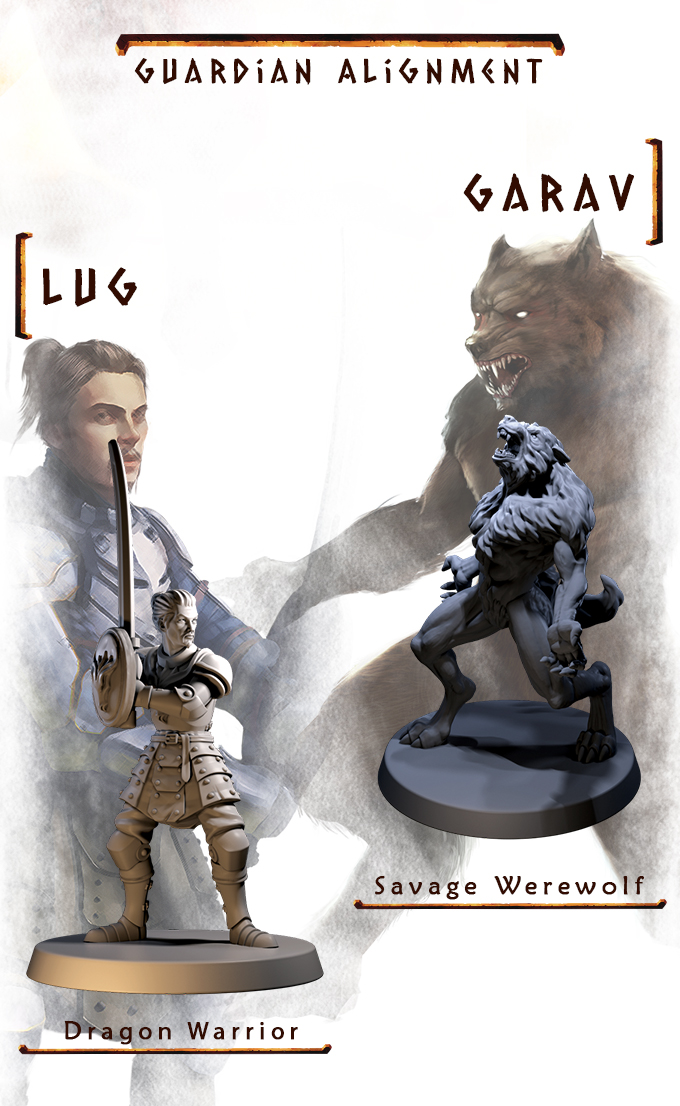 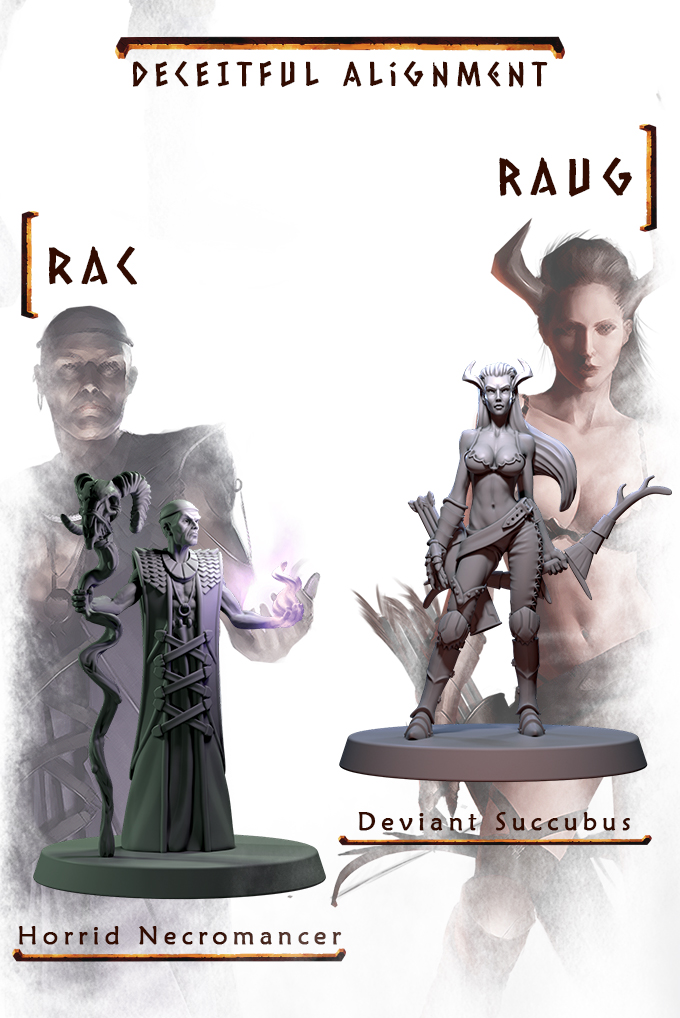 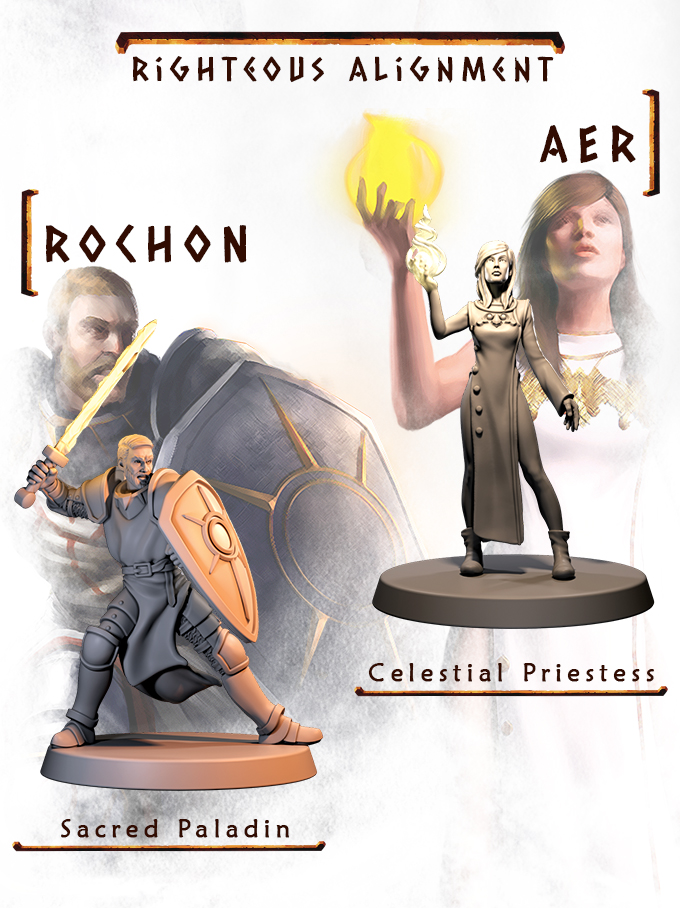 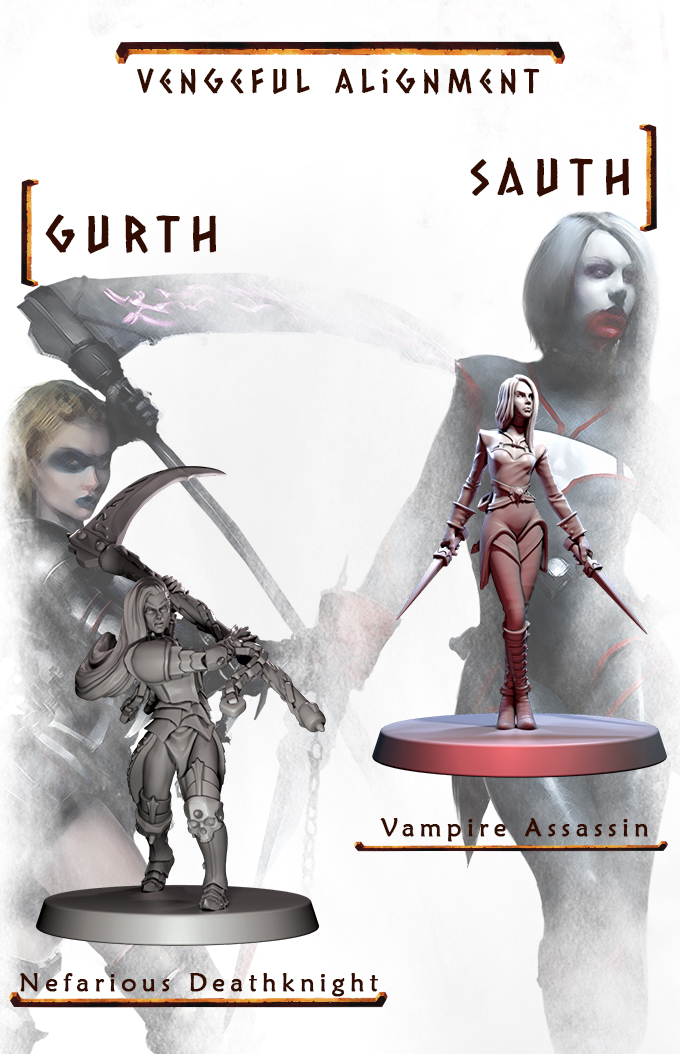 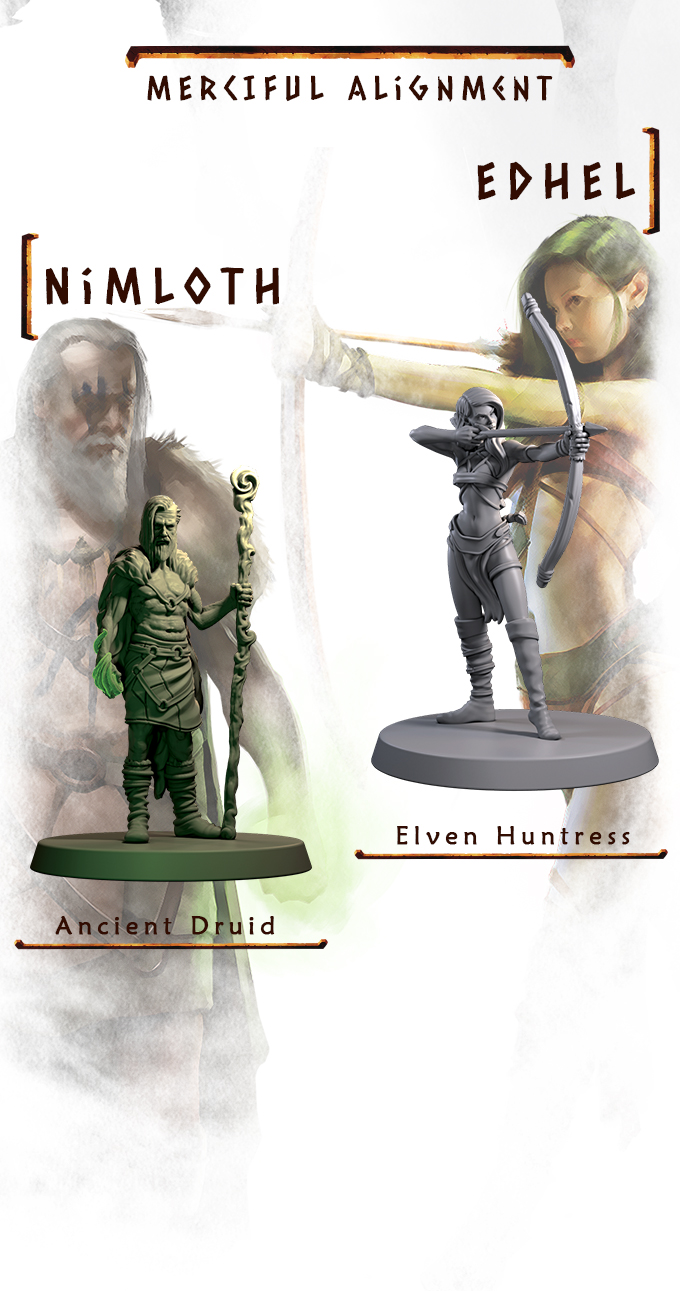 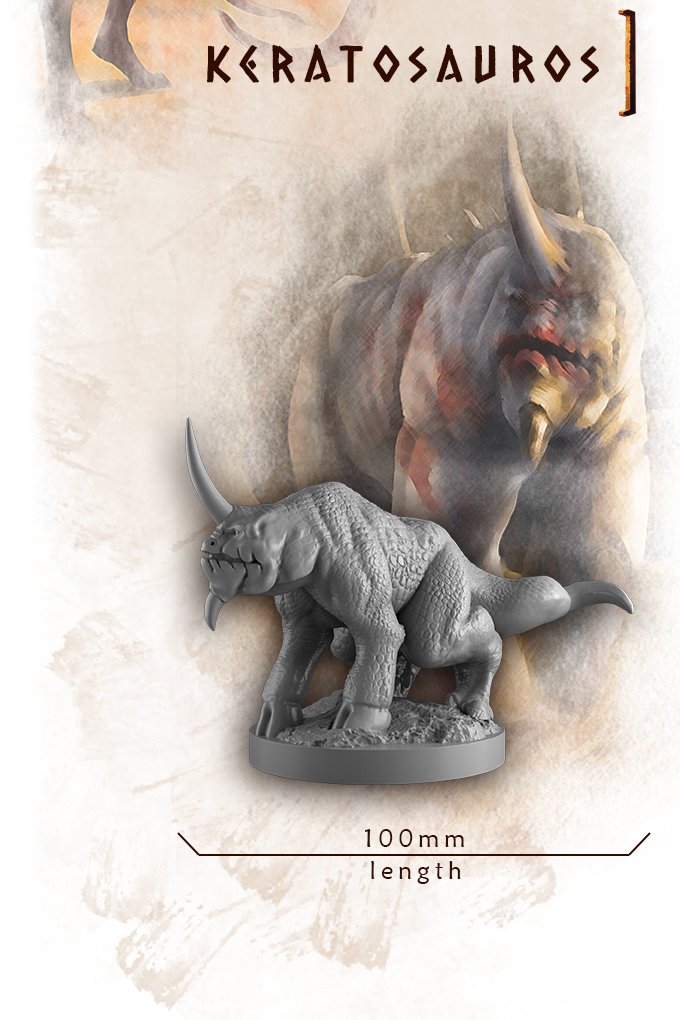 Correction: Actual wingspan of Apollyon is about 112mm Width. 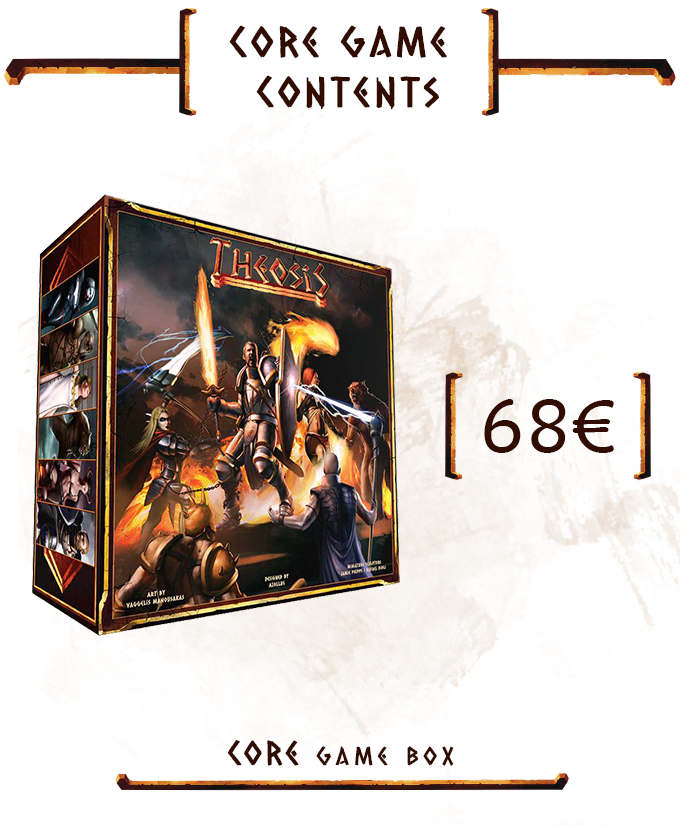 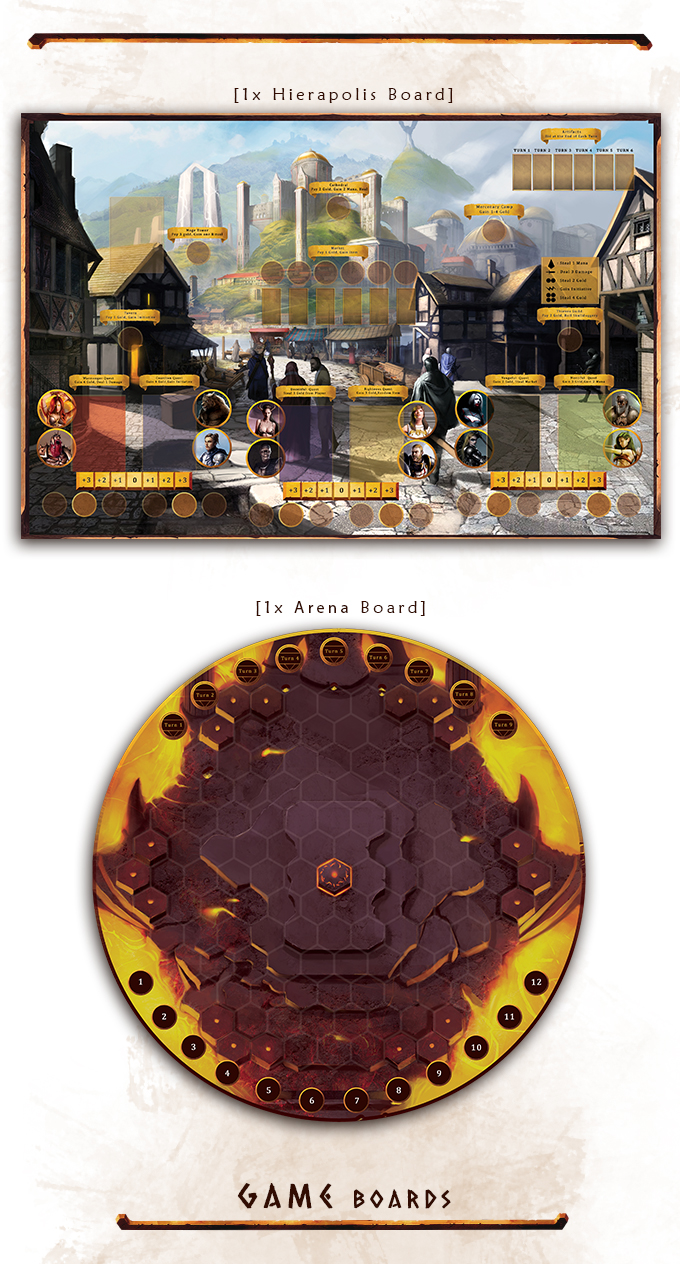 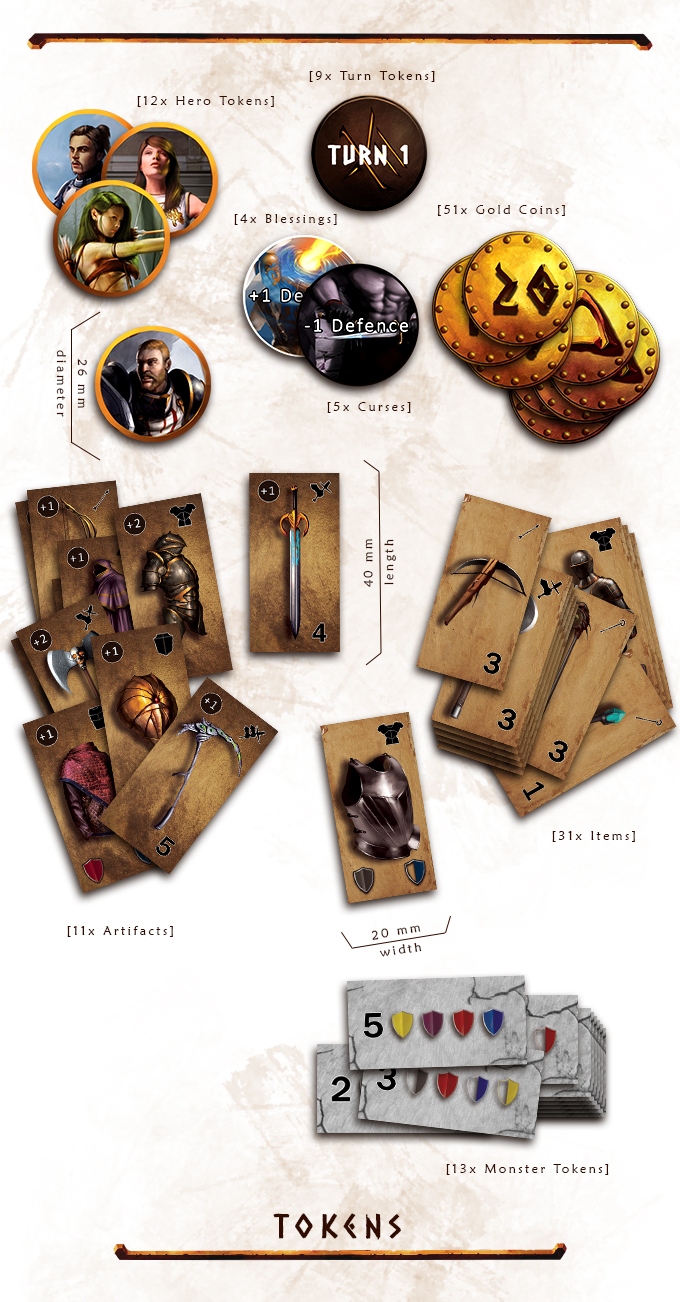 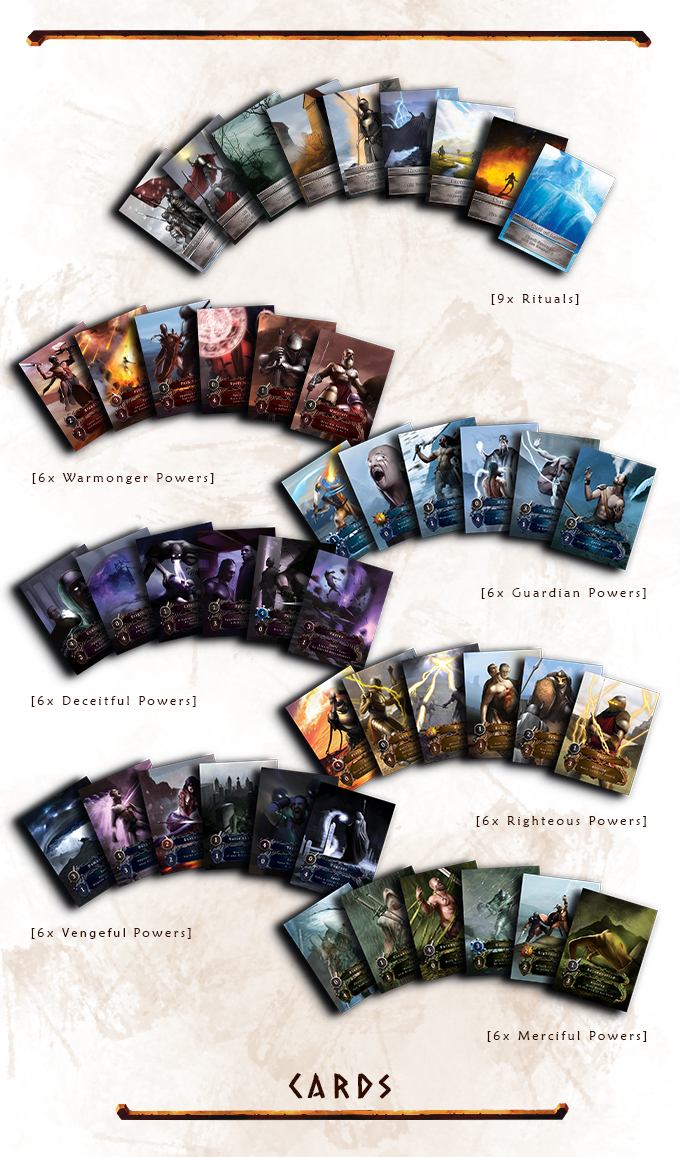 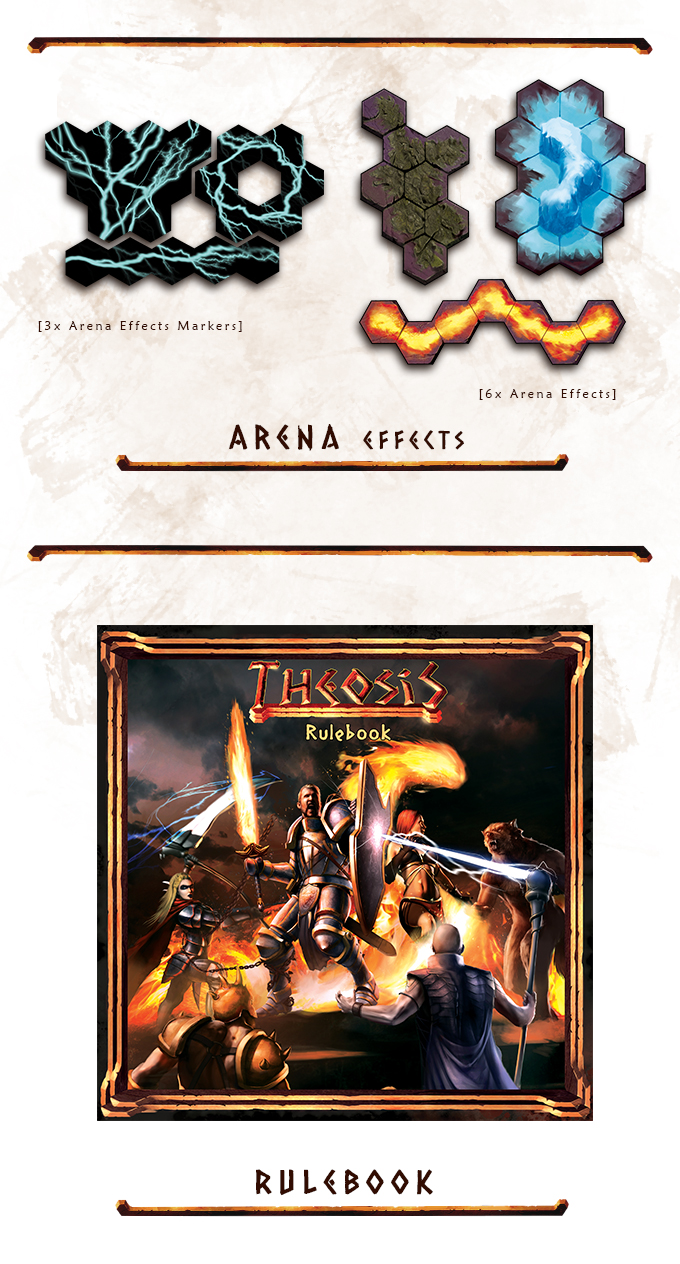 When “Exploring Hierapolis” in the first phase of gameplay, you allocate your Heroes to different locations…Take a look at some of your options…

Assigning a Hero to a Quest will, most importantly, affect the Alignment marker. Shifting the Marker to your Hero’s preferred Alignment will significantly empower your Heroes before they enter the Arena.

Assigning a Hero to a Quest will grant you that Quest’s Power. You will be able to use that Power later in the Arena. Draft your Power deck carefully.

Assigning a Hero to a Quest will also grant you that Quest’s specific loot. Each turn, carefully consider which loot you need most.

Assigning a Hero to the Market is always helpful as Weapons and Armor will be essential if you want your Heroes to survive in the Arena.

Visiting the Cathedral will not only Heal you but also give you Mana Gems so you can fuel up your skills.

The Mage Tower can offer powerful Rituals that may turn the tide of battle. However, setting up a Ritual requires careful planing.

While fighting in the Arena, the Power Cards' Attack and Defense Values determine the outcome of battle.

Weapons will determine damage inflicted while Armors and Shields will reduce damage taken. 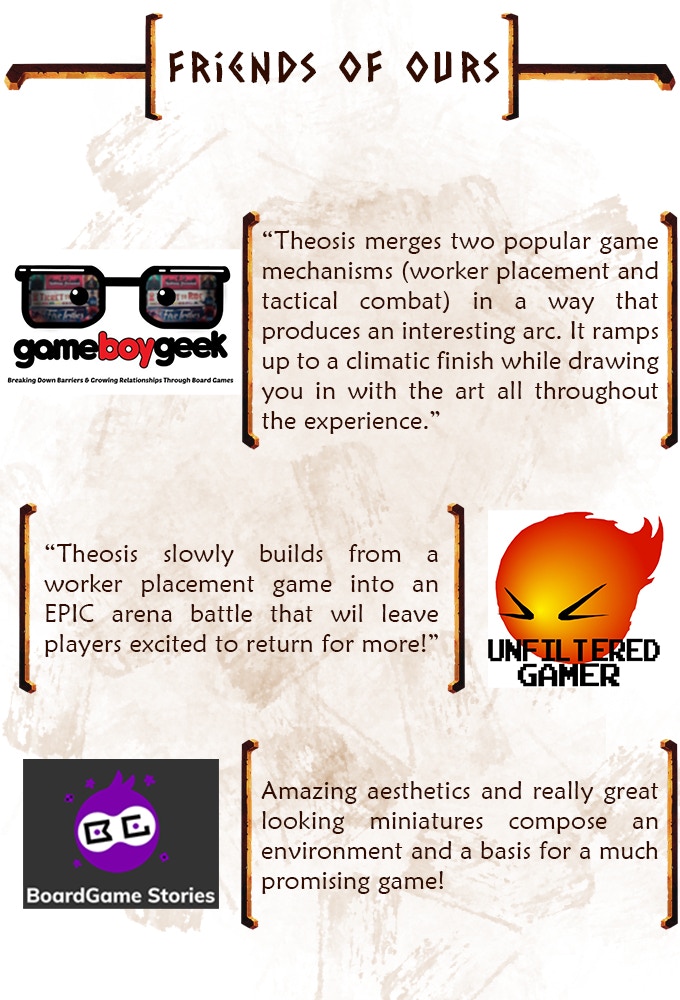 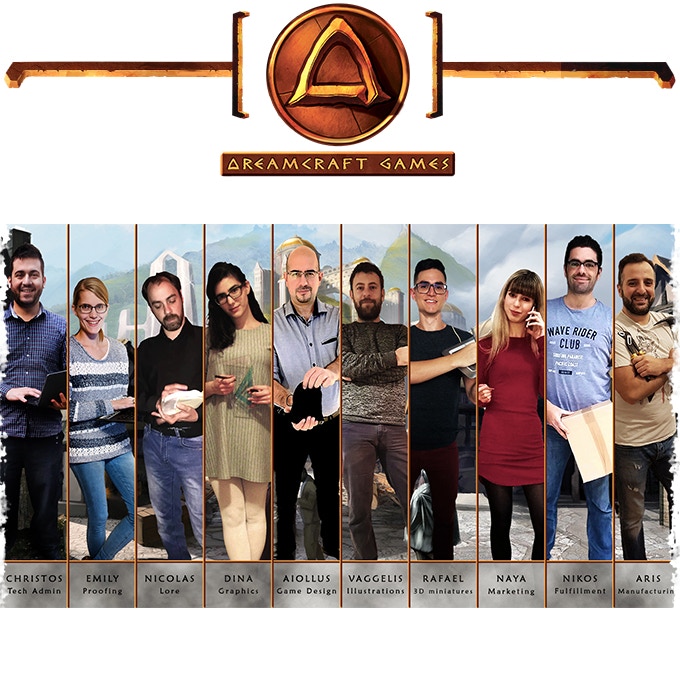